Don’t Let a Good Story Cause a Bad Decision 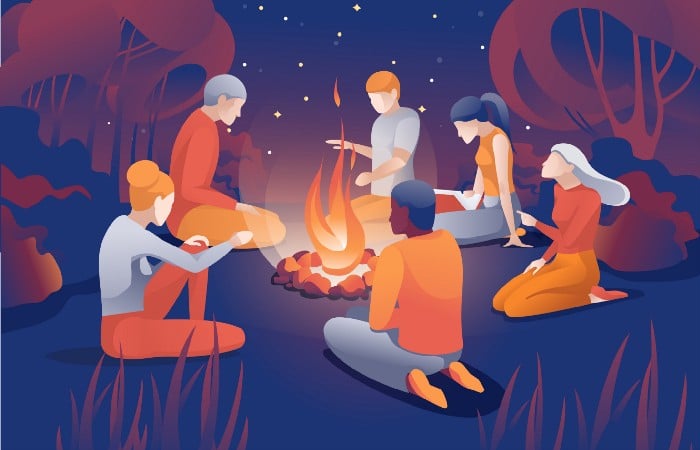 “Everything — faith, science, love — needs a story for people to find it plausible. No story, no sale.”

Nothing beats a good story — they’re seductive, enchanting, and persuasive. Countless articles have been written about the power of storytelling, especially in business. But what happens when that story fudges the truth just a little to fit a narrative? Or glosses over complicated issues in favor of simplicity?

I’m all for storytelling in business. It’s a potent tool, but as the comic books say, “With great power comes great responsibility.” And that’s true of the people telling stories as much as the people listening to them.

An Example of Storytelling Gone Wrong

“It’s easier to write and embrace the wrong story than to ignore it.”

CEO Elizabeth Holmes had the power of a good story on her side, and she knew how to work it. She was a science prodigy who’d dropped out of Stanford to create a well-funded Silicon Valley startup. This business was pioneering medical testing technology that could potentially change the world.

Holmes lured some of the savviest investors in the world into funding her startup, Theranos. People like billionaire Rupert Murdoch, members of Walmart’s Walton family, tycoon Carlos Slim, and even former secretary of education Betsy DeVos. In the process, Holmes became the world’s richest self-made female billionaire with a net worth of $4.5 billion (source).

There was just one problem. Holmes’ incredible story was fake.

Her narrative, while a good one, was based on wishful thinking. Theranos’ blood testing technology didn’t work, and the company allegedly used commercially available machines made by other companies for most of its results.

So how did she fool some of the world’s most experienced investors, journalists, and industry leaders for so long? Easy — she had a good story, and stories sell. As Professor Jonathan Gottschall put it:

“We don’t will our suspension of disbelief… [it] just happens to us, with or without our permission.”

He went on to add:

“Successful stories generate powerful feelings, and strong feelings act as a solvent on our logic and our skepticism…

To put it negatively, they make us a lot more gullible.”

But why are stories so enchanting? How do they so easily overpower our rational minds? And why are our brains hardwired to see stories in everything we do?

The Science of Stories

Not every dark use of storytelling is a scam, like Elizabeth Holmes and Therenos. Instead, our hunger for stories often has us finding narratives in our work, data, and personal lives that don’t really existing. Our brains are hardwired to find stories where none exist.

Why? It’s down to cognitive biases, like Narrative Bias and Hindsight Bias that blind us to messy truths that don’t fit a narrative.

Our hunger for stories causes us to build narratives in our work, data, and personal lives that don’t exist. Why? It’s down to cognitive biases, like Narrative Bias and Hindsight Bias, that blind us to messy truths.

What are Cognitive Biases?

A cognitive bias is a systematic error in thinking. They also work as a mental shortcut for making decisions. Everyone is susceptible to cognitive bias, no matter their age, gender, or cultural background.

Why do cognitive biases exist?

Our brains need to take in an incredible amount of information and save as much thinking energy as possible. So, our brain relies on generalities or rules of thumb (also called heuristics) to help it make hard decisions fast.

You can think of a cognitive bias as an information filter through which objective information flows and is transformed as it passes through. Like coffee grounds and water changing into coffee — it’s the same ingredients but a slightly different experience once it’s transformed. Two cognitive biases are mainly to blame when it comes to being transfixed by a story:

What is Narrative Bias?

Narrative Bias (also called the Narrative Fallacy) describes people’s tendency to make sense of the world through stories. We trust stories, become more emotionally invested in stories, and even better remember information when it’s in a narrative format.

In business and experience design, we are used to creating narratives to help sell in our work. The danger comes when we begin shaping our data to fit a story where none exists.

The biggest pitfall here comes in the form of creating false cause and effect. For example, “Our competitor released a new product on the same day as our company released ours, and that’s why our new product launch failed.” That may or may not be accurate, but it makes a good story, so our brains go with it.

To avoid Narrative Bias, ask yourself:

What is Hindsight Bias?

Hindsight Bias is the tendency for people to think that events that have already happened were more predictable than they were in reality. Often, Hindsight Bias is signaled when someone says, “I knew it all along!”

Hindsight Bias: People think past events were more predictable than they were.

When a story is created after an event, it downplays things that could have happened but didn’t. It’s back to that feeling of “I knew it all along.” You start to believe that success and failure were obvious back when we made the decision. The problem is, this bias creates an illusion that success or failure was evident to anyone paying attention at the time, which usually isn’t true.

For example, Coca-Cola’s New Coke debacle — where the company rolled out an expensive and high-profile change in the recipe of Coke classic — seemed like a good idea at the time. The brand had dedicated $4 million to develop the product, then doubled down on marketing once the product launched.

Eventually, the brand pulled New Coke from the shelves and destroyed more than $30 million in unwanted products. In retrospect, it seems like a no-brainer that messing with classic Coke was a terrible idea. But at the time, Coca-Cola had been losing ground to Pepsi for years. Mainly due to the famous ‘Pepsi challenge’ marketing campaign that pitted the two sodas against one another in a blind taste test.

It made a lot of sense at the time to consider reformulating Coke’s flavor to better compete with Pepsi. Later, marketers declared, “We knew it all along!” and created a narrative that described the brand as overconfident, verging on the brink of sanity when it decided to create New Coke.

To avoid Hindsight Bias, ask yourself:

To avoid letting a good story cause a bad decision, make sure you don’t let your emotions run away with your brain. If it sounds like I’m telling you to do more work in addition to your normal decision-making process, it’s because I am. Taking time to challenge our thinking and mental biases should become a regular part of our decision-making process.

Following a simple framework, like the one below, can help counterbalance the emotional pull of storytelling:

How to Make Better Decisions: 10 Cognitive Biases and How to Outsmart Them

Read More
How to Make Better Decisions: 10 Cognitive Biases and How to Outsmart Them

How to Solve Impossible Problems: Reframing

Decision Fatigue: How Your Brain Works Against Your Best Intentions

Read More
Decision Fatigue: How Your Brain Works Against Your Best Intentions

How to Make Better Decisions: The Mere Urgency Effect

Want to learn how to solve impossible problems, create better habits, make good decisions, and manage your mind with science?

Join our mailing list now and you'll also get a free eBook "25 Cognitive Biases and How to Overcome Them."

Join the Growth Habits Lab mailing list and get a free eBook, "25 Cognitive Biases and How to Overcome Them."